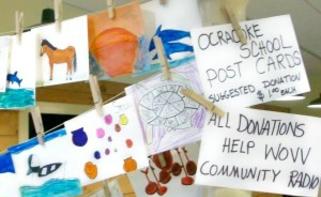 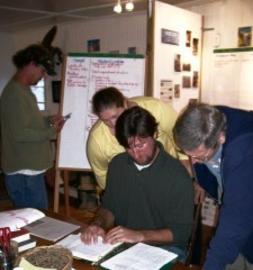 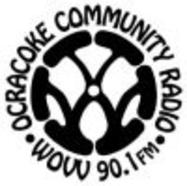 Issue:
In July of 2007, a small group of Ocracoke residents, understanding the need and value of a local radio station researched the steps involved in acquiring an FCC license. A rare opportunity was available – the FCC was holding open a filing window from October 12, 2007 to October 19, 2007 which was set aside for receiving applications from non-profits that were seeking non-commercial community focused radio licenses. Only 250 permits would be issued. An excellent history can be found at http://www.wovv.org/about.asp

Role of Ocracoke Foundation (OFI):
The newly forming Ocracoke Radio Group approached OFI to: 1) request operating under their non-profit umbrella until such time as they had formed their own non-profit and 2) to provide grant administration. OFI unanimously approved offering fiscal sponsorship for the newly forming Ocracoke Community Radio Project (OCRP) and the application was submitted within the designated filing window.

On February 29, 2008 on behalf of OCRP, OFI was granted an FM Broadcast Station Permit.

Detailed information can be found at www.WOVV.org